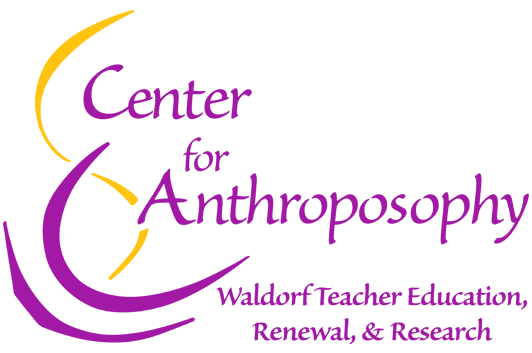 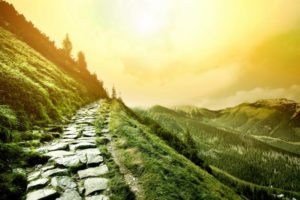 Children two years behind in their learning due to a lingering pandemic. Fights in the school hallways and shootings in the classroom. Parent meetings in uproar over the teaching of history and civics or discussions concerning sexuality and gender. Books banned from the shelves of school libraries. Smart phones replacing social discourse at recess. Classes doubled in size for lack of staff. Is it a wonder that teachers are fleeing their profession in record number this year?

According to a recent Gallop poll, the burn-out rate today among U.S. teachers K through 12th grade is the highest of all professions in the country. Some 600,000 teachers quit the classroom between the start of the pandemic in January 2020 and the end of this past school year, including a growing percentage mid-year. And the schools are still feeling the consequences of the epidemic. A report just released shows that K-12 education lost over 20,000 employees in September; there are now some 310,000 fewer teachers and support staff employed in public schools than there were pre-pandemic.

Interestingly, a good number of them are redirecting their attention away from children to human beings approaching the other end of life by signing on as caretakers in old age homes. Other teachers are gravitating to jobs in business, or launching a self-employed tutoring venture from home, or simply taking early retirement.

The problem of teacher flight is further aggravated these days by a decline in the number of young people opting to become teachers. According to the American Association of Colleges for Teacher Education (AACTE), enrollment in teacher training programs fell by a third during the last decade (2010-2020) and shows few signs of picking up, despite a chronic listing of classroom vacancies. We hear stories of schools summoning members of the National Guard or pressing untrained staff, even upper-level high school teenagers, into service as substitutes for trained teachers. Other American schools are stepping up their recruiting of teachers overseas, especially from Asia.

However, beneath these readily understandable grounds for leaving the teaching profession––along with common complaints about low pay, long hours, high-stress environments, and the requirement of endless administrative reports––there may lie a more radical and all-pervasive reason for this widespread exodus. Education, as we commonly know it, is simply not working, and it hasn’t been working for a timespan lasting much longer than the months of Covid or years of technological encroachment or decades, by now, of school violence. Blue-ribboned reports stretching back as far as 1983 have bewailed the decline of the American system of education.[1] And yet the problems chronicled in these reports persist. We need to ask, at a deeper level, what is amiss?

Society as an Organism

In his depiction of a healthy society, Rudolf Steiner laid out three spheres, each organically integrated with the other two, yet distinct in its operation. He delineated them in terms of an economic sphere for matters of finance and commerce, a political sphere for issues of rights and agreements, and a cultural sphere embracing the arts, sciences, and practices of religion in the broadest meaning of these terms. Cooking, farming, sports, medicine, research experiments: these are all expressions of artistic, scientific, ethical activity, and hence form part of the cultural sphere.

From the outset, Steiner described these three spheres as a three-folded or tri-une organism, meaning that each sphere of activity is fully integrated into the others while remaining distinct in character and objective. Just as in the human organism, where bodily systems of nerve and blood, bone and muscle, lymph and digestion, etc., work together while remaining distinct in their function and purpose, so too these three spheres of society work separately, yet, as a coherent organism.[2]

Specifically, mischief begins when the ideal of one sphere is appropriated by another––when, for instance, the ideal of Liberté is applied in the economic sphere, resulting in an unbounded system of “free enterprise.” Or when the ideal of Egalité is imposed on the cultural life, and consequently, all members of a society are required to adopt uniform social behaviors or groupthink. Or when the ideal of Fraternité is adopted in the political arena, with the result that policies are decided (and enforced) by the associating of exclusive cliques, pressure groups, or clubby brotherhoods. Our history is littered with examples of these kinds of misappropriation.

Out of Lofty Ideals to Practical Values

To take this tri-une outline a step further: each sphere has not only its own guiding ideal but also its own values, or heuristic practices. In the sphere of economic production, for instance, it makes sense to value and practice, among other considerations, efficiency, speed, predictability, and reproducibility. These practices give rise, for instance, to greater economic productivity and (at least in theory) to greater financial wealth for those who work collaboratively in these ways.

However, apply these same values or practices to cultural activity and they will tend to undermine the richness and ultimately the health of cultural life itself. For instance:

On this view, teaching––or what is rightly called the “art” of education––is fundamentally a cultural endeavor. Like all cultural practices, it participates also in the other two spheres of society without, however, originating from them. Consequently, the cultural enterprise of teaching is decidedly not enhanced by the practices of efficiency, speed, predictability, or reproducibility, which can be of such great help to economic activity. On the contrary, education––for that matter, human development as a whole––needs time to unfold. (Indeed, the very word “school” is derived from a Latin term for “leisure”.) Moreover, teacher and student alike need space to make mistakes; these may appear to be an inefficient practice, yet can provide such great learning moments! As well, successful teaching requires space for the element of surprise and the promise of the unexpected. And every teacher knows that a successful lesson is one of a kind: it cannot simply be repeated in the same way next time. In other words, successful teaching is by nature inefficient, not-speedy, unpredictable, and utterly irreproducible.

And this, to my mind, is why education, as it is widely practiced in our time on this continent, is not working: it is essentially guided by economic, rather than cultural, values and objectives, as the following common practices suggest.

More generally, we hear a lot about how teachers are expected––and consequently how schools will be funded––to prepare students for the workforce and for better paying jobs. This outcome may indeed be a helpful consequence of education but that does not make it the rightful motive for promoting it. Far more than helping children become successful participants in the economic sphere, the primary task of teachers is to instill in their students the will to learn more––i.e., to further enrich the life of the cultural sphere. This is not to deny the value of developing good learning habits or essential skills during the children’s school years. Rather, the point here is to reorient the motive for teaching and learning from economic to cultural values.

By subjecting teaching practices to values that rightfully belong to economic realms, we have essentially converted schools into mudrooms or antechambers for the economic sphere of society. But to be true to its nature, the art of teaching (as opposed to specific job training) needs to be governed by the cultural ideal of freedom and the practical values that flow from it. An education guided by the ideal of freedom will allow teachers to explore a subject without presupposing a predetermined outcome, or muse and imagine without keeping a constant eye on the clock, or leave space for something totally unforeseen to break forth as a lesson unfolds. For this to happen, teaching practices will need to be the very opposite of efficient, speedy, predictable, or reproducible.

An education imbued with the ideal of freedom will assuredly prepare children to range freely and effectively in all realms of society, whether economic, political, or cultural. Waldorf schools, to the degree they operate out of this ideal, demonstrate this efficacy through their alumni, who have been shown to fan out to a wide range of secondary education and careers.[3] But more compelling is this consideration: teachers working out of the cultural ideal of freedom prepare their students to help heal in free and fresh ways the ailments currently afflicting human society. Free thinking begets fresh solutions.

If the art of teaching, as sketched here, is recognized and honored as a force for social healing, we may hope for this recognition to serve as the impetus to attract a new generation of educators to this venerable profession.

[1] Recall, for instance, the celebrated government report comparing U.S. educational practices to a declaration of enemy hostilities. “If an unfriendly foreign power had attempted to impose on America the mediocre educational performance that exists today, we might well have viewed it as an act of war.” From A Nation at Risk: The Imperative for Educational Reform, commissioned by the U.S. Department of Education (1983).

[2] Steiner referred to this arrangement as “die Dreigliederung des sozialen Organismus”, which is most accurately translated as “the threefolding of the social organism”. On occasion he referred to the latter as “die soziale Ordnung”, which is best translated as “the social ordering” of society, a translation that still points to the active, dynamic nature of the relationship among the three social spheres. However, these German terms have frequently been translated more loosely as “the threefold social order”, a rendering that obscures the fundamentally living––that is to say, organic––nature of the relationship existing among these spheres.